Open to: All, detailed results viewable to: All. Participants: 24

If the election was tomorrow, who would you vote for?

Yesterday was the first Monday and I forgot (again).

This is the rare non friends locked post, so everyone can share in the secretness... enjoy. And please, amuse me. My life is a series of readings on what constitues consideration, and that gets kind of boring.

TELL ME A SECRET

1) Post anonymously, I have no way of knowing who it is, IP logging is off.
2) Tell me anything you wish, it can be directed at me or it can be completely random or just something you need or want to get off your chest. Silly or serious.

"Isn't this intersting? They say its called Challah bread".

We cliched the AL East by losing!

My former co-workers will be saddened to see that it took me this long to get the word out on what's happening around Guantanmo and the rights of the detainees there. This shit is as basic as the law gets. Everyone should have a trial, everyone should get a lawyer. If you don't think that, then you're an asshole and no friend to freedom either.

Take a second and fill out this petition from CCR. 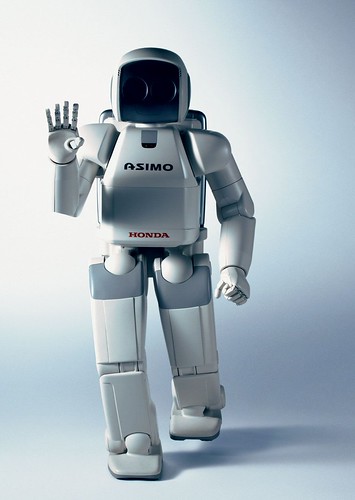 From here on out, this journal will be "friends only" meaning if you're not on my Live Journal friends list, you can't read it. Comment to be added.

If you're a friend in real life who doesn't have a live journal, you're going to have to get one to keep up with what is going on in my life.

It is indeed first Monday, and a holiday, which means most of you aren't shut in a library like I am, but what the hell, amuse me while I read Marbury v. Madison...

TELL ME A SECRET

1) Post anonymously, I have no way of knowing who it is, IP logging is off.
2) Tell me anything you wish, it can be directed at me or it can be completely random or just something you need or want to get off your chest. Silly or serious.

In October of 1992, I start a little notebook where I recorded the books I wanted to read. The first half dozen entries tell you a lot about who I was then, they include Naked Lunch, Kafka, and for some unknown reason, Kierkegard.

Soon after the notebook developed into a list of all the books I read, separated by year. The current total is 776*.

As a diversion while I am down here in D.C., I thought it’d be fun to write short reviews of some of these books. I’ll start with the one I finished yesterday.

this is just too amazing. I had to steal it from


* Earth Crisis is a famous vegan straight edge hardcore band, for those of you out there who didn't grow up in punk rock.

1. Thanks to everyone who filled out the fashion survey. I love the answers!

2. I am back in BK for the day before heading to Seattle tonight. It's nice to be back, I like it here.

Hezbollah’s reputation as an efficient grass-roots social service network — as opposed to the Lebanese government, regarded by many here as sleek men in suits doing well — was in evidence everywhere. Young men with walkie-talkies and clipboards were in the battered Shiite neighborhoods on the southern edge of Bint Jbail, taking notes on the extent of the damage.

“Hezbollah’s strength,” said Amal Saad-Ghorayeb, a professor at the Lebanese American University here, who has written extensively about the organization, in large part derives from “the gross vacuum left by the state.”

Sheik Nasrallah said in his speech that “the brothers in the towns and villages will turn to those whose homes are badly damaged and help rebuild them.

“Today is the day to keep up our promises,” he said. “All our brothers will be in your service starting tomorrow.”

B. Bush Said to Be Frustrated by Level of Public Support in Iraq

More generally, the participants said, the president expressed frustration that Iraqis had not come to appreciate the sacrifices the United States had made in Iraq, and was puzzled as to how a recent anti-American rally in support of Hezbollah in Baghdad could draw such a large crowd. “I do think he was frustrated about why 10,000 Shiites would go into the streets and demonstrate against the United States,” said another person who attended.

Conclusions - Hezbollah is the clear winner in the war, the President of the United States is a either and idiot, or unable to admit how horribly he fucked up Iraq, or both.